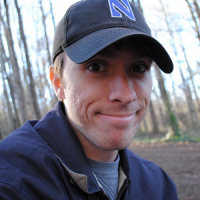 I build custom themes and plugins for NC State University's Office of Information Technology, and I help maintain campus WordPress environments and advise clients on content best practices. I'm always excited to talk about universal design, accessibility, usability, and designing with compassion and empathy. I host the WPCampus Podcast, where I get to talk about all those things and more!

Folks, it’s been two weeks since WPCampus 2019 and we’re still so tired. So tired that Jen and Brian forgot to introduce themselves and forgot to say any of the stuff we’re supposed to say at the end of the episode. WPCampus 2019 was fun, informative, and exhausting. Some day we’ll recover. In this episode […]

Accessibility is an important topic that drives a lot of what we create and maintain in higher education. Join this panel of accessibility experts to discuss the importance of accessibility and what its impact means for your campus and the world wide web.

In higher ed, summer means fewer students, less traffic, and shorter lines at the best lunch places near campus. For those of us who use WordPress in higher ed, it also means major WordPress news and the final push to prepare for the in-person WPCampus event! In this episode, WPCampus members Jen McFarland and Brian […]

Podcast: The Schedule for WPCampus 2019

Coming soon to lovely Portland, OR is the 2019 WPCampus conference! The schedule of sessions is now available and in this episode, WPCampus members Brian DeConinck and Jen McFarland are joined by WPCampus 2019 Program co-chair Eric Sembrat. Eric reviews some of the content planned for this year’s event, and some ways in which folks […]

Beyond the conferences, online events, and phenomenal swag, WPCampus is a community — one made up of a varied and diverse set of people. With a focus on building that community, the WPCampus Diversity & Inclusion Interest Group recently completed work on a Diversity, Equity, and Inclusion statement. This statement reflects a goal of creating […]

Podcast: After the Gutenberg Audit

The WPCampus Podcast is back! If you’re in higher ed, you have to care about accessibility. There’s no getting around it: the digital experiences we provide to our communities have to be accessible to everyone. So when WordPress 5.0 made the “Gutenberg” block editor the default editing experience — and when many in the WordPress […]

Session: 5 people you should know on your campus

In a campus community of thousands (or tens of thousands!), there are lots of people you don’t know. But some of them do work that overlaps with your web projects in important ways, and they can provide you with valuable feedback. In this lightning talk, we profile five people who are probably on your campus…

Podcast: Multisite Use Cases, with CampusPress

The last couple of episodes of the podcast focused on big changes to WordPress—Gutenberg and GDPR privacy tools. It’s easy to get caught up in the energy and the drama of changes like that, but they’re not really why people use WordPress in higher ed. So why do we use WordPress? What makes it such […]

You may have noticed that data privacy has been in the news lately, for a lot of different reasons. One of those reasons: the European Union will be implementing the General Data Protection Regulation, or GDPR, this spring. GDPR has global implications, which means there are changes coming to WordPress core, and also to how […]

When Matt Mullenweg announced in December 2017 that Gutenberg and WordPress 5.0 would be ready in just a few short months, we sat up and took notice. Knowing the landscape of our institution – and higher ed’s proclivity for denying change – we started making plans. From the beginning we were thinking about the full…

This session was selected as the “Best Speaker” of WPCampus 2017. Congrats Brian! Get to know Brian before he presents. Learn why he loves higher education, his favorite tools, and how to be a guest with him on the WPCampus podcast. NC State’s central IT office employs almost 300 people, whose areas of expertise range…

In addition to this blog post, you can hear more about NC State’s GutenDay on the WPCampus Podcast! We were vaguely aware of Gutenberg all through 2017. Our team in NC State’s central IT unit was kind-of listening to the Gutenberg chatter, and we had tested it enough to know we didn’t want to think […]

When WordPress 5.0 is released later this year, the “classic” Visual editor that we’ve known for over a decade will be replaced by a new editing experience, called Gutenberg. The new editor will mean lots of changes for how we think about and interact with WordPress—as content creators and as developers. This episode features WPCampus […]

NC State has recently built a WordPress plugin using the aXe Accessibility Testing Engine by Deque Systems. We are finishing up our pilot of this within our own Office of Information Technology group and are gearing up to launch the tool to the rest of our campus. In this session, we will go over how…

On many campuses, WordPress isn’t the only CMS in use. And if we start thinking about learning management systems, campus portals, and the many other ways our schools use the web, WordPress is clearly just one part of a complex web landscape. This episode features WPCampus community members Brian DeConinck and Eric Sembrat. Eric is a developer and […]

Like a lot of web tools, WordPress is built and sold as “easy to use.” That’s one of the ways I pitch WordPress to users on my campus—it’s so easy to put content online. But even if it’s technically easy to publish, the actual work of planning and executing a content strategy that aligns with […]

WordPress is popular in higher ed for a lot of reasons, and being open source has to be near the top of the list. And that means that you — yes, you! — can contribute bug fixes and new features to the project. But actually showing up and contributing can be intimidating. How do you […]

The REST API became part of WordPress Core in version 4.7. For developers like me, this is one of the most exciting changes to WordPress in years. But now that it’s in core, what do you use it for? How does it fit into what you’re already doing? And what does it allow you to […]

Universities generate a lot of news: awards, research highlights, student profiles, athletic victories, and more. At its heart, WordPress is still a great blogging platform, which makes it the ideal place to publish and promote your campus news. But the decentralized reality of higher ed can make it more complicated than you expect. Today, we’ll […]

The campus web ecosystem is often very messy. You may have hundreds or even thousands of distinct web properties, and each one has its own history, its own personalities, and its own reasons why it’s special and has to be different. This episode features WPCampus community members Brian DeConinck and Jen McFarland, and one of […]

When we talk about WordPress in higher ed, we often talk about technology—themes and plugins, server configurations, etc. But at some point, the developers have to let go and the content creators take over. In higher ed, that brings with it a whole new set of challenges. This episode features WPCampus members Brian DeConinck, Jen […]

In August 2015, Rachel Cherry tweeted about an idea she had: a WordCamp for people who use WordPress in higher education. Eleven and a half months later, over 150 people representing 60 different higher ed institutions gathered in Sarasota, Florida for the inaugural WPCampus conference. With WPCampus 2016 wrapped up and WPCampus 2017 on everyone’s […]

In May 2016, WPCampus organized a groundbreaking survey of educational institutions asking how they’re using WordPress. We’ll be discussing the results with Shane Pearlman of Modern Tribe, who took the lead organizing and conducting that survey. This episode features WPCampus members Brian DeConinck, Jen McFarland, and Shane Pearlman. Episode Audio